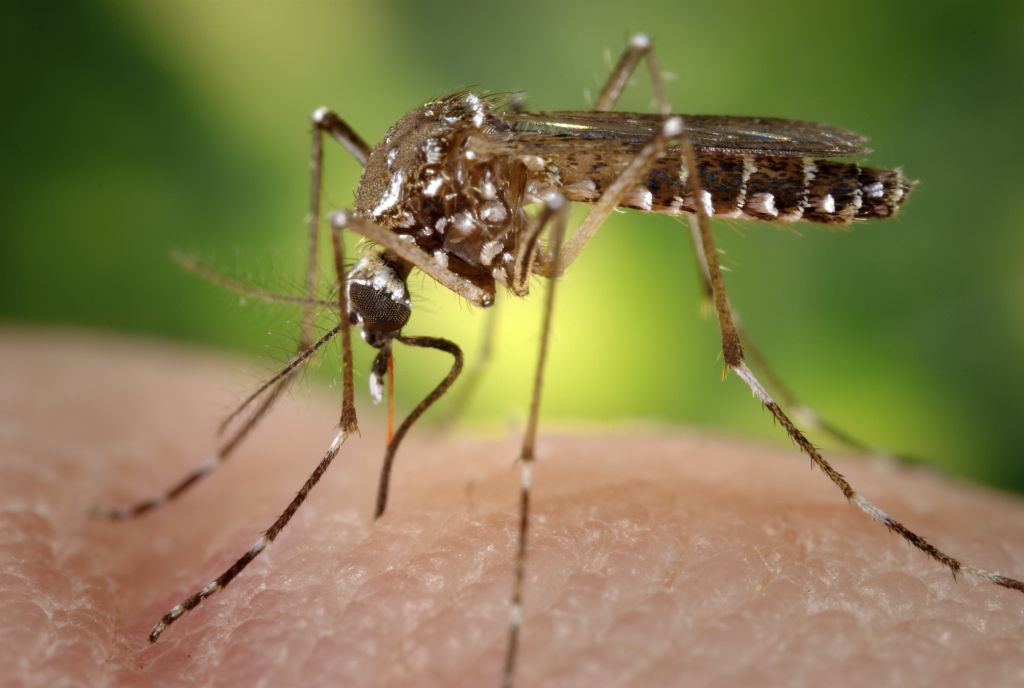 This 2006 image depicted a female Aedes aegypti mosquito as she was obtaining a blood-meal from a human host through her fascicle, which had penetrated the host skin, was reddening in color, reflecting the blood?s coloration through this tubular structure. In this case, what would normally be an unsuspecting host was actually the CDC?s biomedical photographer?s own hand, which he?d offered to the hungry mosquito so that she?d alight, and be photographed while feeding. As it would fill with blood, the abdomen would become distended, thereby, stretching the exterior exoskeletal surface, causing it to become transparent, and allowed the collecting blood to become visible as an enlarging intra-abdominal red mass, as is the case in PHIL# 9175, and 9176.

As the primary vector responsible for the transmission of the Flavivirus Dengue (DF), and Dengue hemorrhagic fever (DHF), the day-biting Aedes aegypti mosquito prefers to feed on its human hosts. Ae. aegypti also plays a major role as a vector for another Flavivirus, “Yellow fever”. Frequently found in its tropical environs, the white banded markings on the tarsal segments of its jointed legs, though distinguishing it as Ae. aegypti, are similar to some other mosquito species. Also note the lyre-shaped, silvery-white markings on its thoracic region as well, which is also a determining morphologic identifying characteristic.